The implementation of the MPA NETWORKS project foresees specific networking activities among MPAs. One of these is the creation of the Network of Protected Coastal and Marine Areas of the Adriatic and Ionian Seas, AdrIonPAN. The AdrIonPAN Network wants to give voice to an organisation that is an integral part of the wider MedPAN (the network of managers of Marine and Coastal Protected Areas of the Mediterranean Sea) and within this network represents and promotes the ecological, cultural and economic peculiarities that characterise the Adriatic and Ionian seas and coasts.

One of the most important activities of the MPA NETWORKS project is the realisation of a Document that will present the initial census of the coastal and marine PAs in the Adrion area and the first draft of the co-operation agreement to be shared and further discussed in workshops and web meetings.

For the implementation of the cooperation agreement, at the beginning of May 2021 the Department of Legal and Social Sciences of the G. d’Annunzio University of Chieti-Pescara and the Torre del Cerrano MPA signed an agreement that foresees the realisation of:

–        A study, with recommendations, on the functioning of the Adrionpan (governance, financing, coordination…) and a strategy, also based on interviews with key members of the Adriapan network

The methodology adopted by the Department consisted of preliminary activities such as:

–        collection and analysis of relevant legislation and documentation

–        collection and in-depth analysis of the organisational models envisaged at national/international and EU level, and examples of transnational networks (in particular MedPAN and others, e.g. the African RAMPAO), which seem suitable for the establishment of the Adrionpan network

On the basis of the preliminary activities, the Department subsequently prepared:

2)     a draft of 3 criteria to be provided to the interviewees to enable them to assess the scenarios proposed in the Strategic and Legal Scenarios Report;

3)     a draft questionnaire, released in beta version and preliminarily tested, in which the scenarios are compared with each other, on the basis of the 3 criteria mentioned above.

The next steps of the Department’s activity will be:

–        the final drafting of the questionnaire, which will then be sent to the MPA Torre del Cerrano/MedPAN for possible comments, in order to be subsequently submitted to the members of the Adriapan network

–        definition of the draft cooperation agreement among the Adrionpan network members, which will refer to a scenario selected among those proposed in the report on strategic and legal scenarios. 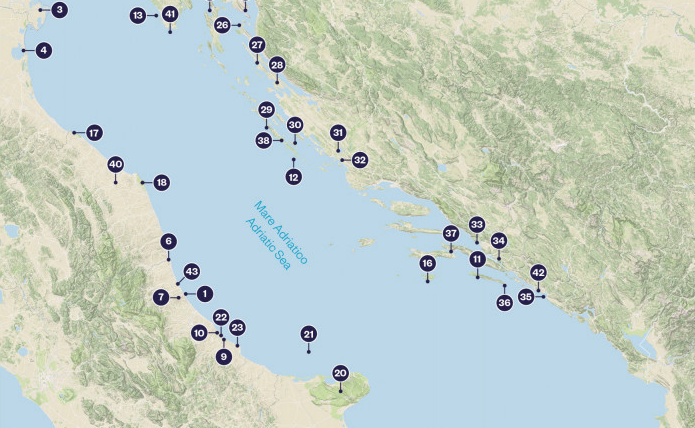